Support the SCYP through advertising in our concert programs.
• 300 programs per concert for a potential audience of 1000!
• Concert Venues throughout Orange Country from the Nixon Library to South Orange County Beach Cities
• Advertise in a single concert or receive a discount on a full-season advertisement
• Full-season pricing based on 3 concert minimum. Additional concerts are included, free of charge.
• All advertisements must be submitted no later than 3 weeks prior to the concert, in camera-ready, digital files.
Accepted formats include: jpeg, pdf, tiff, png, etc. 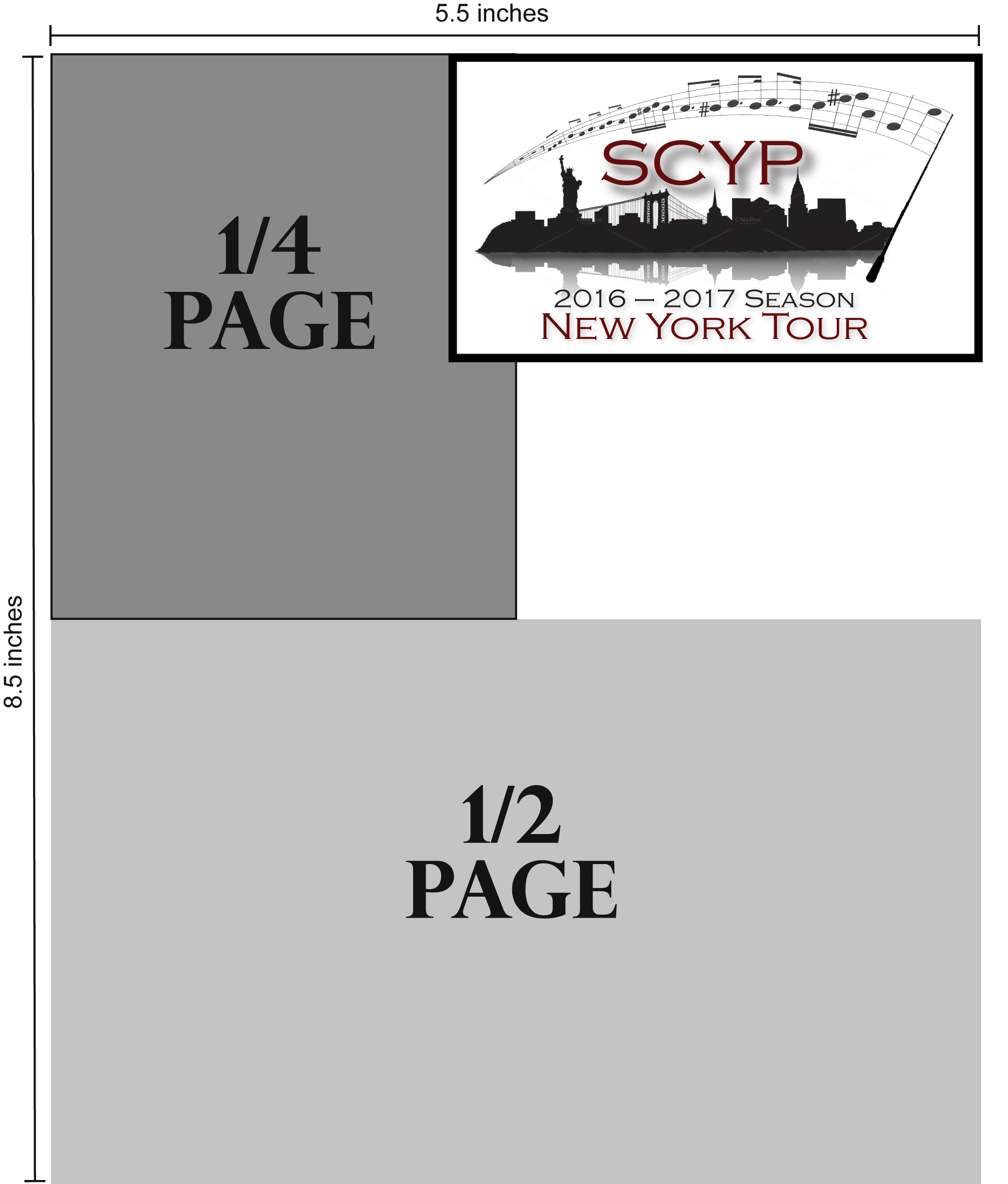