As a leader of bands, Dr. Frelly served with distinction as Music Director and Conductor of the Chapman University Wind Symphony for 14 years, which culminated in being selected as one of only 2 undergraduate university wind ensembles nationwide to present a featured performance at the 2008 Annual Conference of the National Association for Music Education, the nation's largest gathering of musicians and educators. 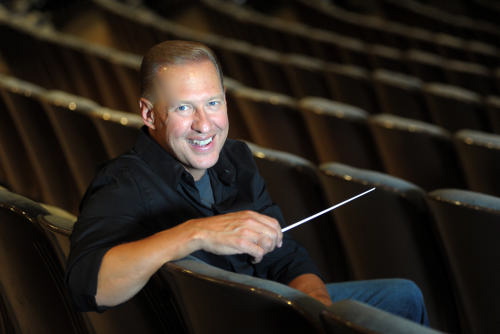 Noted for his artistic and visionary leadership, Dr. Frelly's appointments extend beyond the United States, having served as Artistic Director and Festival Conductor of music festivals in Vienna and Prague (2009), China (for the 2008 Olympic Games), and Sydney, Australia (2006 and 2007).  More recently, Dr. Frelly took the international stage as Artistic Director and Festival Conductor for Festivals of Orchestras in London, an international festival that celebrated the 2012 Olympic Games and the Queen's Jubilee.  Additional career highlights include leading performances in Australia, Austria, Canada, China, Czech Republic, England, France, Germany, Greece, Hong Kong, Italy, Japan, New Zealand and Switzerland, including return visits to the famed Salzburg Music Festival and the renowned Sydney Opera House.

Equally at home in the classical, jazz and pop genres, Dr. Frelly has worked with a number of prominent artists, including Doc Severinsen, Bill Conti, Skitch Henderson, and the Empire Brass. He has conducted for film and opera, and is a frequent guest conductor and clinician for all-state and regional honor bands and orchestras, having recently collaborated with ensembles from Alaska, Arizona, Alabama, California, Colorado, Florida, Illinois, Nevada, Oregon, Texas, Utah, and Washington.

A strong advocate for the arts, Dr. Frelly is a frequent clinician, presenter and leader with local, regional and national arts organizations and has served as Mentor for NAfME (National Association for Music Education), offering advice for its membership of 130,000 music teachers, university faculty, researchers and university students. He has served as President of the Youth Orchestra Division of the League of American Orchestras and as President of the California Association for Music Education —Southern Section. Dr. Frelly has also authored numerous articles on music and has been a contributing writer for the Orange County Register. A champion of new music, Dr. Frelly has received national recognition on three occasions with the “First Place ASCAP Award for Programming of Contemporary Music in the category of Youth Orchestras”.

Dr. Frelly holds a Doctor of Musical Arts degree from the University of Southern California (emphases in Conducting, Music Education, Music History, and Educational Psychology), and a Master of Music in Instrumental Conducting from California State University, Long Beach, where he was inducted as a member of the Graduates Dean's List of University Scholars and Artists. He also holds dual Bachelor of Music degrees in Music Education and Music Composition from Chapman University and is a member of “Who’s Who Among America's Teachers".